I could have lost it all last night. My husband came home sick and so he went right to bed. Only about four hours later he was doing horrible. He has a temp of 102.0 degrees, shaking so hard from chills his teeth clattered, and a headache that rank up to his top three worst ever. I didn’t know what to do so I called the nurse line and sure enough she wanted him to be brought to the ER. So I found sitters for our daughter (grant it that is now 10pm) and off to the hospital we went.

It only got scary from then. His fever wouldn’t come down, he was severely dehydrated, and his vitals were off the charts. The Dr started him on an IV right away and they got some pain killers in him (that we prayed he would keep down since vomiting was added to the list once he arrived to the hospital. Thank God, he was able to keep it all down and he was supposed to get better from there. They did the regular tests and the first two looked great. I finally talked him into the third (a spinal tap) since he was having symptoms for minigitis. That’s when things turned.

His blood pressure dropped and so did his heart rate. They couldn’t get him to stabilize. I didn’t know how far it was going to drop and then his fever spiked. I prayed for healing but things were looking not too good. They got him back on the IV dose and his blood pressure started to raise to a normal setting. The doctor still didn’t like the state he was in so he admitted him for the night. Or actually the morning since it was now 3am when he got a room. I didn’t get home until almost 5am just to wake up and go back a couple hours later.

Even with all the amazing support from family and friends, it was still very stressful. I could have lost my husband last night. If I had waited until morning to bring him in, I would have had to call an ambulance.

I’m very thankful for Western medicine and how they can treat something like the flu. Other countries are still not so lucky. But it showed me how much husband is human and can taken away at any moment. I love him so much that I couldn’t imagine life without him. So needless to say, I’ll be hugging him a lot tighter tonight. Because, in one second, the ones we love can go from this: 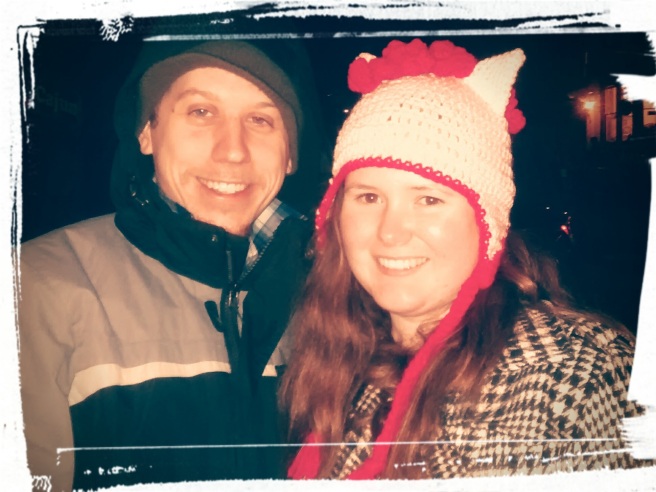 In a matter of hours. Tell those who are close to you that you love them. You never know what tomorrow brings.