Disclaimer: This post has spoilers inside, I don’t own the images in this blog post, I have not been paid for this blog post by Disney or any affiliate, and I LOVE Disney still.

As many kids in the 80s and 90s, I grew up watching Disney Princess movies. I loved them then and I love them now, but, as I have gotten older, I have seen how Disney isn’t very good about one thing their movies. They are not very culturally correct. It’s a real bummer really because they miss out on the chance to really share with the world the culture the movie is about. You probably have some that came to mind immediately but the ones in particular that bug me are Aladdin, Mulan 1 and 2, Moana, and Pocahontas.

Were any of these on your list? Now I am not an expert or anything but I can see enough to know that these are all white people stories in different colors. Take Aladdin for example. 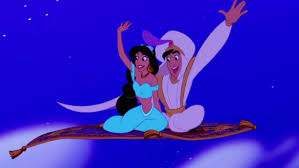 Can anyone else just see the cultural issues with this? I’ll give you a hint. It is Jasmine’s outfit. In the beginning of the film you are shown hookers who are more covered up than the princess. In no Muslim country would a princess be allowed to dress like Jasmine is. If she did, she would be flogged and probably killed for the immodesty she boldly showed against her family. Jasmine would have looked more like this.

It wouldn’t have been as fun to animate but at least it would ten times more modest.

The other one is about this scene here where they fly off on Carpet together. Now I love “A Whole New World” just like any other Disney fan, but there is a huge cultural problem. In no way would a woman be seen off with another man without her father or brothers to escort her to the market let alone around the world. Once again, this was a behavior that would have ended with her life more than likely.

The next movie that was so blatantly wrong culturally was Mulan and Mulan 2, but Mulan 2 was much more of an embarrassment. Mulan is this girl that goes off to war in the place of her father. Super sweet and super messed up. The whole matching thing isn’t totally off since the goal for any woman in the ancient China was to get a man to marry her. Women were seen as hinderances to the family and not an asset. So when it appeared that Mulan had this great and understanding relationship with her father that was not always the case. The fact that she would sacrifice herself to save her father would be very unusual. Most women couldn’t even read let alone know how to navigate a map.

But other than the talking dragon and the fact that she was so comfortable hugging the Emperor after receiving his gifts, the movie wasn’t a complete loss with the cultural knowledge I have. The movie that made me sick was Mulan 2.

Now granted, Mulan 2 is COMPLETE fiction, but it is still based on a culture and Disney should have been aware of it. For example, just because one woman might have saved China would change centuries of thought on the importance of women in the way they acted, dressed and interacted. So in the song “Lesson Number One” where the girls find Mulan in the field and then beg her to teach them how to fight would have been greatly frowned upon. Really these children would have not been allowed to leave their parent’s side because there would be too much work to be done.

Next is the fact that the Emperor calls on Mulan like she was a regular soldier. If I was Mulan and actually made it home alive, the last thing I would want to be considered is a regular soldier for the ridicule alone of leaving the first time. This would have left her with the men having little respect for her.

Then there is the fact that Shang actually asks her to marry him like a modern couple. If Shang wanted to marry Mulan he would have gone to her father and the deal would be struck whether Mulan liked it or not. So there is another thing that was culturally incorrect.

Thirdly there was Mulan’s opinion on the arrange marriage. A soldier would never second guess the Emperor. Which then leads into the princesses and their song “Other Girls”. As princesses, these girls had more rights and privileges than any girls in their time. If you wanted to be like other girls, that meant being thrown in the rice fields doing back breaking work, still having to marry whom your father chose, and not doing or behaving in any fashion as described in the song. Why? Because other girls weren’t climbing trees, speaking for herself,  marrying for love, slouching, and “just to be free like other girls get to be”. The princesses would never dare dishonor their father by leaving to go with the soldiers and definitely not unescorted. If their father found out the great dishonor his children had brought upon him, he would have treated them like they were dead.

Speaking of dead. What was with the American accent of the Mong bandits? I mean really? But then the sadness comes and Shang dies. So sad. So then Mulan decides she is going to give herself as replacement for the princesses so that the they and the soldiers can be together forever in their complete dishonor. Sounds like a great honeymoon right? Oh it gets better for the fact that Mulan does this herself. Her father would have been the only one to do such a thing and something tells me he would have signed the dotted line. Who wouldn’t want his daughter to marry a prince? The family would be set forever. But she is saved because good ole Shang lived from his death fall and interrupts the ceremony even though the tie was tied and the unity of the prince and Mulan were complete.

What does that mean? Shang stole a married woman! Talk about scandalous. But her guardian Mushu saved the day and some how got them all to believe that her previous marriage from five seconds ago was invalid. So the little ceremony that Mushu performed wasn’t valid either so good thing they went back to get married at home.

Whew. I am tired of all this cultural horse pucky going around, aren’t you? Well, I am not done. There are two more movies that need to be addressed and the next one is the smash hit – Moana. 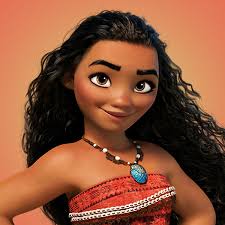 I actually had to do a little research on this one, but it broke my heart that once again Disney just couldn’t help themselves and ruined a perfect chance to educate people. So Moana is actually Samoan. I knew that she wasn’t Hawaiian, but I wasn’t sure so that is what my research pulled up and from there it just spilled more issues like a woman being a chief, the stereotypes of Samoan and Philippine men, the fact that they fight coconut people, and Maui I guess has a lady friend already. Sorry Moana.

But I have to touch on the coconut thing since I thought that was something odd. Turns out, the reason the little pirate people being coconuts is offensive is because it would be like calling a white person a cracker (I am white so I can say that). It’s the slur against the people group. So don’t say coconuts I guess, but it was something that Disney should have known.

The other thing was the fact that Moana was a woman. Even though I believe women were seen a little better in the islander cultures, she was still a woman, and would not been given the spot as chief. This new thing where women can rule over men is really backward from the time periods these movies are written. I wish that Disney would just stick to history and be right for once. History isn’t a bad thing.

And Maui has a lady friend I found out that should have been in the movie, but was written out. Even though there is no official love connection between Moana and Maui, it was obvious that by the end of the movie there are some feelings there. I mean Maui came back for her for goodness sake! How isn’t that love in a Disney movie? He was pretty much saying, “lets stop fighting the lava monster and make demi babies” for crying out loud. But then again, Disney doesn’t like telling the whole story. Imagine the ear full that Maui got when he finally got home. I would not want to be anywhere near that argument.

So we have covered the basics of the movies that came to my mind, but this next movie has to the be the first of everyone’s list in America since it is a story from our history books. Pocahontas is one of my favorite movies because of its music. I still get goosebumps at “Colors of the Wind” every  time I hear it. I just love it, but I don’t like what they did to the movie.

The movie goes on that there is this attractive Native American woman (who I am actually related to by the way) who loves her people but is too stubborn to go the way her people want. Then she meets strapping John Smith who steals her heart and then his people get in the way, one of them shoots the man that Pocahontas is supposed to marry, John Smith almost dies, Pocahontas saves him by speaking some pretty good truth about how we are all the same, and then John Smith gets shot and has to be shipped back to England for treatment.

Not a bad story in itself if they had just changed the names of the characters. How do you think we all felt in third grade when the topic in history that day was Pocahontas and we find out the horrible truth? She was actually twelve years old when she meets John Smith who is in his forties, he proceeds to have sexual relationships with her regularly and forces her to talk with her people about the white people staying. I have no idea where Cocoum even comes in since he is not mentioned. But John Smith is captured, Pocahontas does save him, and he is shot and needed to go back to England.

Would you have taken your kids to see that film? Probably not. Oh! And the best part! He gives her an STD which she dies from in England but not after giving it to John Rolfe who is the one she actually marries. At least she has a son who was now in the middle of all this drama. I think it would have made a good reality TV show actually.

So now the question is, why is it impossible for Disney to be culturally right? Why do they have to turn every movie into a white movie? I have no idea, but it would be nice if they did. I would appreciate being able to share a Disney movie and say to my daughter, “yes this is how life for them really is” whether they are better people than ourselves or ones where their history may not be the shiniest. At least it would be the truth.

What are some others that I didn’t mention? I would love to know so that I can be there to properly educate my daughter when we are watching these movies together.